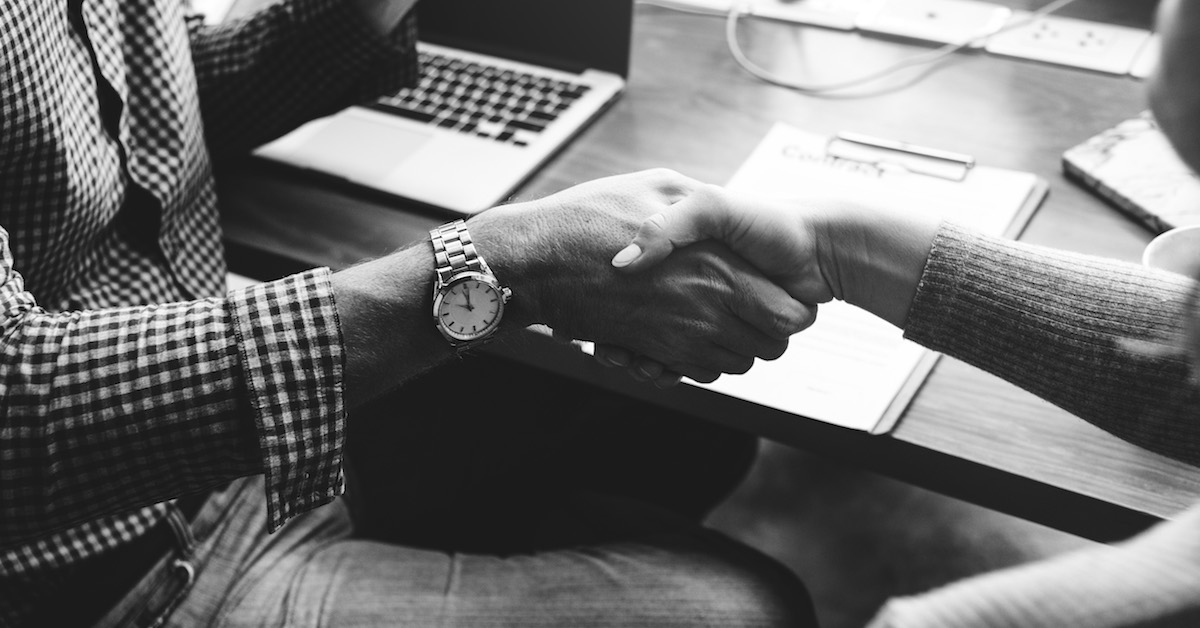 June 9th was bright and sunny here in the UK – the ideal weather to celebrate National Freelancers Day. The annual event is a bit of fun concocted by the good people over at IPSE to help promote what, if Twitter is anything to go by, looks like nothing short of The Good Life.

And the stats seem to show that there are plenty of reasons to be smiling. The self-employed, freelance workforce is in rude health, with extraordinary growth figures announced to coincide with the special day. Everything looks very rosy indeed, and the freelancing website, PeoplePerHour.com, have even gone as far as to suggest that the freelance economy could go someway towards redressing the earnings balance, “as more people realise that remote working allows them to command London pay rates without the expense of living in the capital.”

So it would seem that there has never been a better time to become self-employed. Whether you call yourself an independent contractor or a freelancer, here are a few facts (and images) from IPSE’s latest Freelance Workforce Summary that we think are well worth celebrating.

1. The UK’s freelance workforce is mighty… 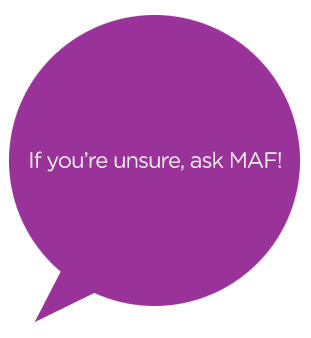 The numbers speak for themselves. The UK’s freelance workforce stands at just under 2 million (1.65 million freelancing as their main source of income, with 255,000 freelancing as a second job), which means that approximately six percent of the national workforce is doing it on its own terms. High five, UK freelancers!

Perhaps unsurprisingly, the UK’s freelance workforce has rocketed since the global economy collapsed. Since 2008, it has risen by an astonishing 36%, with more and more people in unsteady jobs realising that now is as good a time as any to chase the dream.

Sure enough, during a recent discussion at Bathtub to Boardroom, the London startup incubator, two separate entrepreneurs in their early-to-mid twenties told us that they went straight from university to starting their own businesses simply because there weren’t any other jobs available. The time to go it alone is now; succeed or learn more about yourself trying.

While the UK is home to some of the world’s most creative freelancers, it would be wrong to assume that ‘freelance = creative’, and the stats bear this out. It’s true that some 40 percent of the largest freelance occupational groups fall into the ‘artistic, literary and media’ categories, but other groups are very well represented, too. Approximately 28 percent are managers or owners of companies, 17 percent work in education (supply teachers have to come from somewhere!), and 15 percent are members of the IT crowd (in the purely Channel 4 sense of the term, of course).

When it comes to the UK’s freelance workforce, the working mums are responsible for the biggest news. Between 2008 and 2015, the number of mothers working as freelancers has risen by a whopping 70 percent, with one in seven UK freelancers being working mothers – and if that’s not worth celebrating, then we don’t know what is. Mumpreneurs of the UK, we salute you! 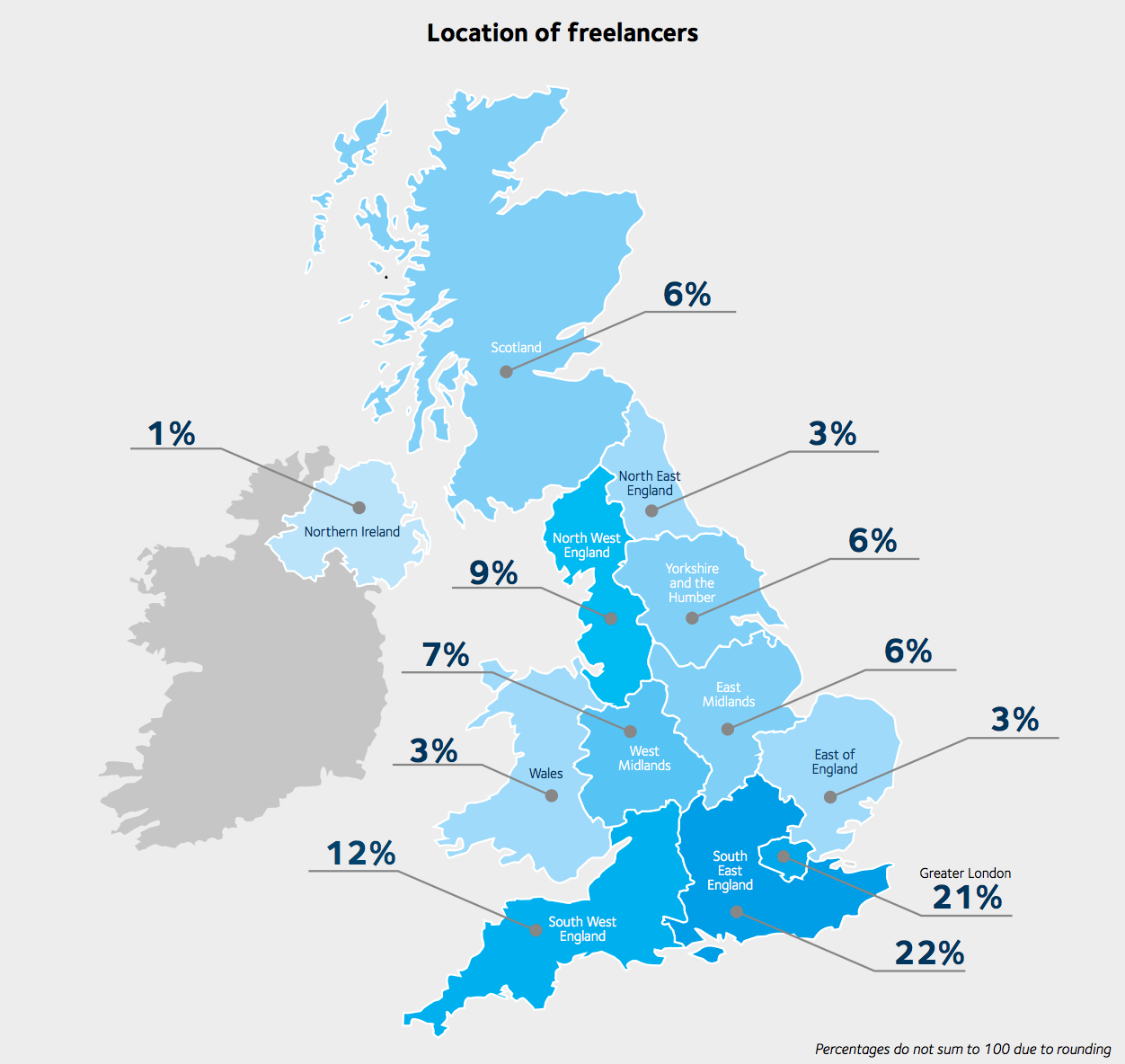 According to the aforementioned PeoplePerHour.com, the cities with the most active freelancers (outside of London) are Manchester (5.7 percent of UK’s freelance workforce), Bristol (3.3 percent) and Birmingham (3 percent). However, we self-employed folk really do get everywhere, as the above map from the IPSE report shows.

Unsurprisingly, the largest population of freelancers (by region) outside of London is the South East, with 22% of the freelance community seemingly working from homes with easy access to the capital (sure enough, Brighton makes the top 10 with 1.8 percent of the nation’s freelancers). However, you wouldn’t have a difficult time finding like-minded souls if you headed to the South West, the West Midlands or the North East.

In fact, the only place that looks less freelance-friendly is Northern Ireland, but we know this not to be the case here – check out our interview with Appattic on the rise of the Belfast freelance scene.

Here at My Accountant Friend, we recently celebrated the opening of our eighth office, meaning that we’re now as spread out across the country as our clients are.

If you’d like to know more about how we help freelancers in your region, get in touch – we’d be delighted to chat.