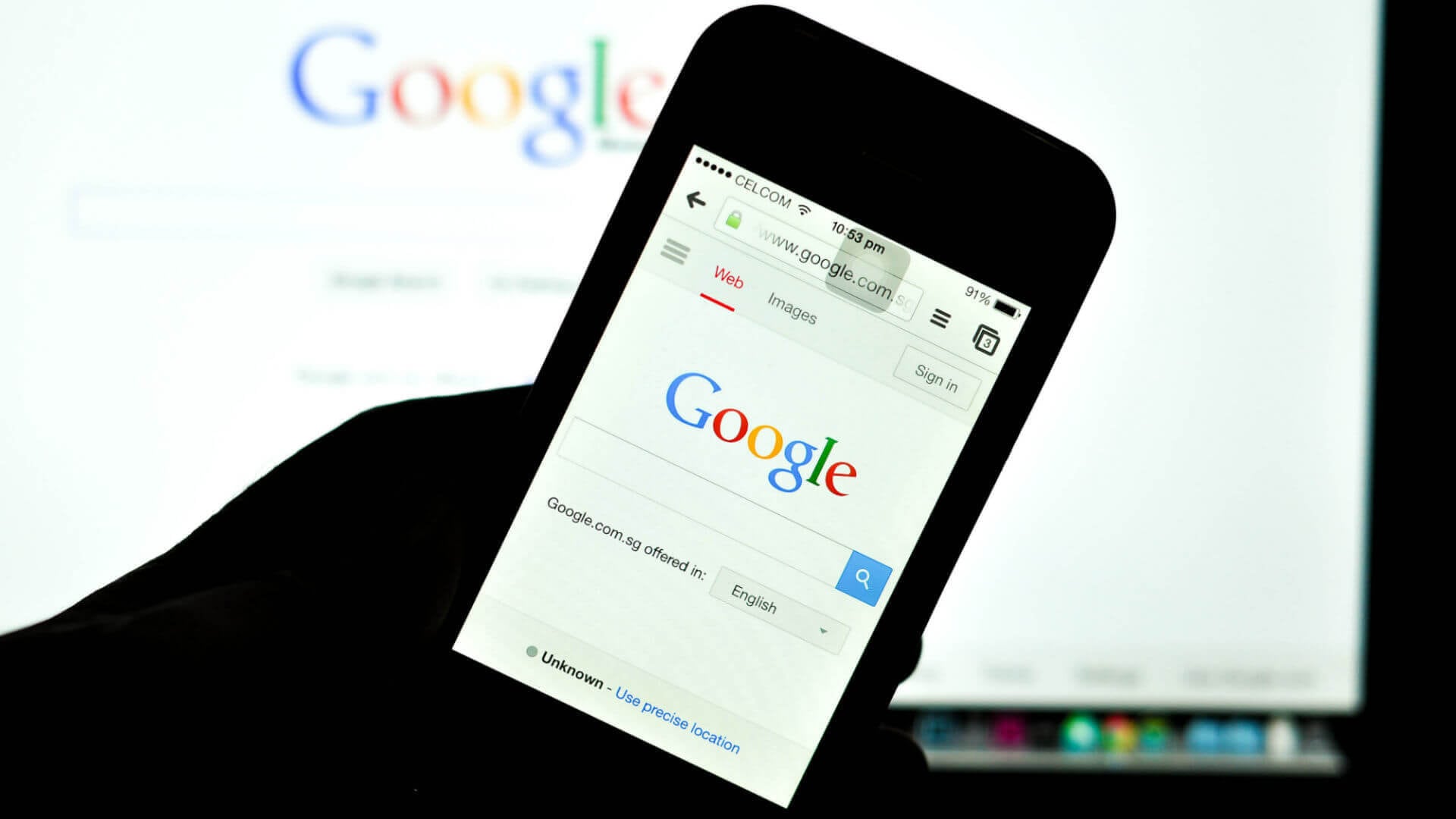 What small businesses need to know about ‘Mobile First’ and ‘Searchmageddon’

The chances are that, as a small business or a freelancer offering their services, you rely quite heavily on the internet. You’ve most probably come across the term SEO (Search Engine Optimisation) and have some idea that getting an SEO expert to tweak your site can do wonders for your appearance in Google Search.

Like most people, however, it’s quite possible that your knowledge goes no further, and news of algorithm updates understandably pass you by. You’ve survived undisturbed by the quirks of Google until now, so why change what seems to be working?

The key words in that last sentence are ‘until now’. Every now and again, Google ups and changes how it does things, and that can have catastrophic effects on unprepared businesses. Judging when they’re likely to make these alterations is about as scientific as working out when an earthquake is about to hit – you can only really be sure in the final moments before it happens, by which time it’s too late to do much about it.

However, there are a few soothsayers out there who seem to be able to sense change some time before it occurs.

One such person is Nick Wilsdon, an industry observer who has had his finger on the SEO pulse ever since he launched his first consultancy in 1998 (before most people in this country knew that SEO even existed). From time to time, we like to catch up with him and pick his brains – and, in this case, we’re not a moment too soon.

Wilsdon is keen that people know that something major is afoot, something that will affect anyone who does business on the internet. Google are calling it ‘Mobile First’. We’re calling it… Searchmageddon.

What can you tell us about the changes taking place in the SEO world in 2017, Nick?

I’d say the biggest changes are with Google moving to ‘Mobile First’. This will see a huge shake up in the way that your website is listed by Google.

If you talk to most companies they assume that they’ve got mobile sussed. “Yeah, yeah – mobile first… we know all that.” So, what’s different this time?

Well, that’s the problem. People know that mobile search is growing and that they have to accommodate mobile users, so they know that they need to be mobile friendly. What I’m saying here is that being mobile friendly isn’t enough, and neither is it the same as being Mobile First.

So we’re moving from being mobile friendly to Mobile First?

Definitely. Mobile First is about Google changing how they rank websites. Instead of looking at the desktop page for a website, they will turn that on its head and look at the mobile page instead and associate all the usual SEO signals with that. What that means is that if your mobile experience is particularly poor you will lose a huge amount of visibility.

And when you talk about visibility, you’re talking specifically about search visibility aren’t you?

Yes – sites that aren’t Mobile First will see their search visibility go down dramatically. Google has to do this because they are in a position where they’re seeing mobile traffic growing much faster than desktop traffic. They told us last year that, in all markets, mobile traffic had succeeded that of desktop, and they observed that in 11 countries, including the UK. Everyone who operates a large website is seeing this trend. I’d say we’ve gone beyond the mobile tipping point and we’re now at the mobile crisis point.

That sounds a bit dramatic. Why is it a crisis?

It’s a crisis because we’ve seen this coming – SEO people have been ringing these bells for some time – and yet nobody has really accepted what a transformational change this will require. Many large brands will have to rewrite a huge amount of infrastructure to deal with this change.

Haha. That’s your word, not mine. But I see it as potentially being the biggest upset since the Florida Update of 2003.

The Florida Update of 2003 saw Google making significant changes in search and it caused massive upheaval for a large number of brands. It caused many sites to lose their rankings and online revenue, resulting in many reported bankruptcies. They were utterly dependant on Google traffic. On Google’s side, the upheaval made them much more careful about what their updates did. The outcry was so great that they realised they had some kind of social responsibility not to cause so much upset across the internet again. Since the Florida Update they’ve been very careful about large updates that could effect a significant percentage of the web. That said, there have been some large updates such as the Penguin update, but they tend to be around bad practice.

This time they have commercial forces pushing them to take more dramatic steps in terms of what they do with mobile optimisation. Once you take into account that dramatic shift in desktop to mobile traffic, think about the commercial model of the company. 98% of their income is advertising, and if they know that advertising isn’t working well on mobile (it’s currently converting on average at about 7% in the UK), then you can see that they have a problem that needs addressing. They know that people are spending more time with their mobile – in the US it’s now an average of three hours per day – and certain studies show that 15% of that time is on Facebook and 10% is on every other website. So Facebook is winning this mobile search battle and Google needs to do something pretty quickly to get ahead of that.

When do you expect all of this to happen?

They say that it’ll roll out sometime in 2017, and I’d say that there has already been some testing. I would hazard a guess that the testing has shown a deficiency in mobile search.You can look at Google as a huge search results experiment, and they spend a huge amount of time looking at the relevancy and quality of the search results that they produce. They’re nothing if not very careful, and they’re aware that it’ll make a huge impact so they’ll be thinking hard about when and how to throw the switch. But to answer your question, I would guess that it will happen towards the end of this year or early 2018.

So it’s not enough to just build your website in responsive design?

That’s definitely a first step, and it certainly eases the headache of having to deal with multiple websites if you’ve built dedicated desktop and mobile sites. But Mobile First is going to be looking at the mobile page and relating it to the signals that Google normally associates with a desktop site. So having a separate mobile site would mean you’d have to map all of your desktop URLs to your mobile URLs, and it would become absolutely imperative in order for the SEO value to be carried across. So going to responsive design is recommended as it’ll allow you to work with a single URL. It’s definitely a good idea.

So m.domain.com websites are likely to disappear?

I’d strongly recommend getting rid of yours if you’ve still got one. I think Google understand that a lot of businesses are tied into that structure and they’ve given very clear guidelines on how to map the URLs in the way I mentioned earlier. The clarity of those guidelines are also an indicator of how important this is. Google very rarely gives that kind of clarity. So, responsive is definitely the right solution, but there’s a big difference between being responsive and being Mobile First. Being responsive just means that you have a website that works well on different sized screens. Being Mobile First means that you actually have a good experience on a mobile device, and that will include things like page-load speed, usability – there are a lot of these signals that are specific to mobile and Google will be looking at them all. So you should look at the user experience from the mobile perspective, and then look at how that degrades to your other platforms.

So, for the first time ever perhaps, web designers should be designing Mobile First?

Absolutely. All web designers should be looking at the mobile experience and mobile journeys first, and then seeing how you can get consistency going across the other platforms so that the users aren’t confused if they move onto a desktop.

That’s great advice, Nick. And if anyone needs help, they should call you?

I’d be very happy to chat to anyone who wants advice. You can reach me via my website.