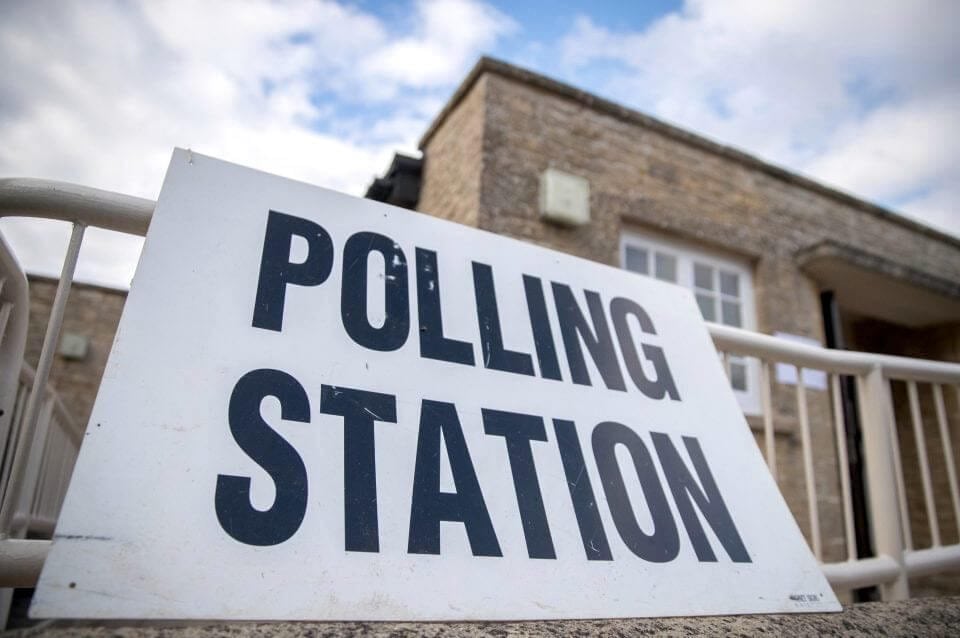 Comparing manifestos for the June 8th election: what’s in it for the self-employed?

The June 8th election is only weeks away, and with (most of) the manifestos now out in the open, we thought it’d be a good idea to compare and contrast what’s on offer to the UK’s freelance and self-employed community. With no intention of influencing your vote, we present here all the published points relevant to freelancers, their rights, their pensions and their tax situations. 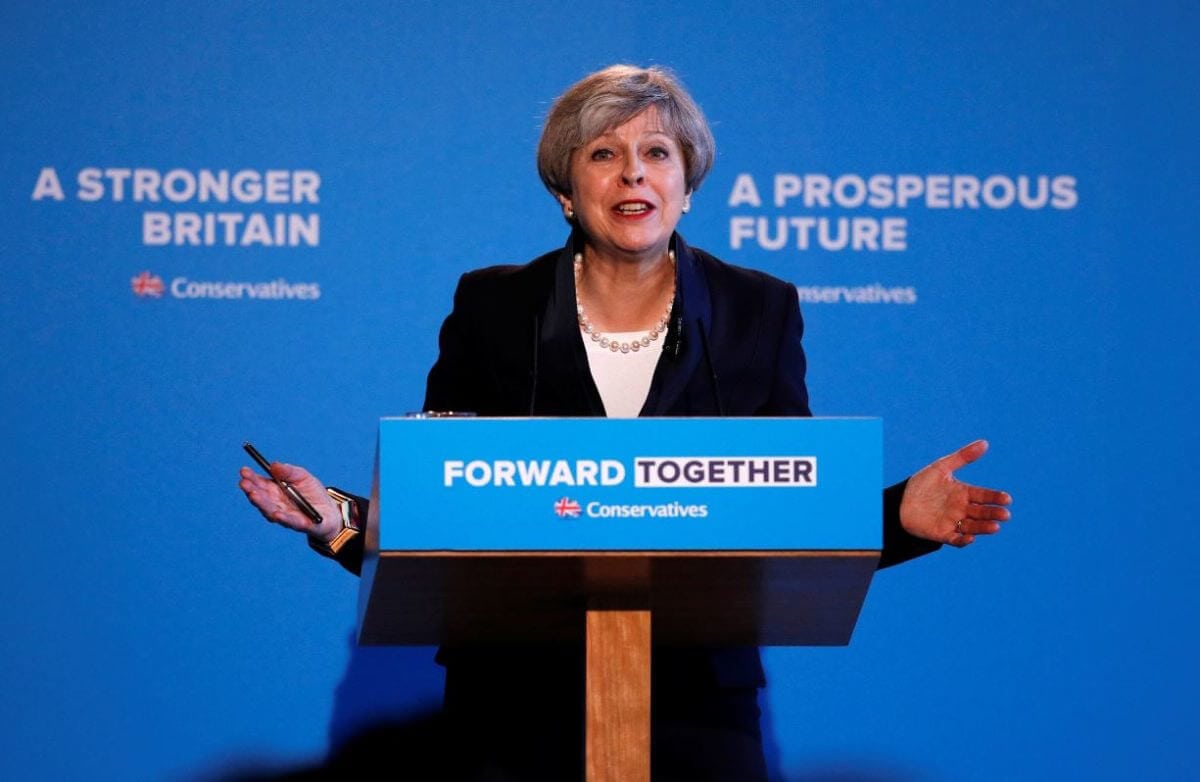 The first mention of freelance or self-employed situations comes on pg 14 of the Conservative manifesto.

“A good tax system is not just about the headline rates of tax, however, but about its simplicity. Our system remains too complicated, making it hard for people – especially self-employed people and small businesses – to assess their taxes. We will therefore simplify the tax system.”

While they do not say how they plan to simply the system, other mentions of tax include, an “increase [of] the personal allowance to £12,500 and the higher rate to £50,000” by 2020. Meanwhile, “Corporation Tax is due to fall to seventeen per cent by 2020 – the lowest rate of any developed economy – and we will stick to that plan, because it will help to bring huge investment and many thousands of jobs to the UK.”

Recognising that smaller businesses face considerable challenges, the Conservatives pledge to, “make longer- term reforms to the system to address concerns about the way it currently works. We will make sure that revaluations are conducted more frequently to avoid large changes to the bills that businesses face, and explore the introduction of self-assessments in the valuation process.”

On pg 16, the Conservative manifesto states: “In the modern economy many people choose jobs like driving, delivering and coding, that are highly flexible and can be mixed with other employment. This brings considerable advantages to millions of people but we should not ignore the challenges this kind of employment creates.”

They intend not to ignore these challenges by promising that, “a new Conservative government will act to ensure that the interests of employees on traditional contracts, the self- employed and those people working in the ‘gig’ economy are all properly protected.” They will do this following the publication of a report on challenges to a changing labour market being prepared by Matthew Taylor, the chief executive of the Royal Society of Arts.

On pg 64 of the Conservative manifesto, the intention is stated to, “continue to extend auto-enrolment [into state pensions] to small employers and make it available to the self-employed.” They do not state further how or when this might take place. 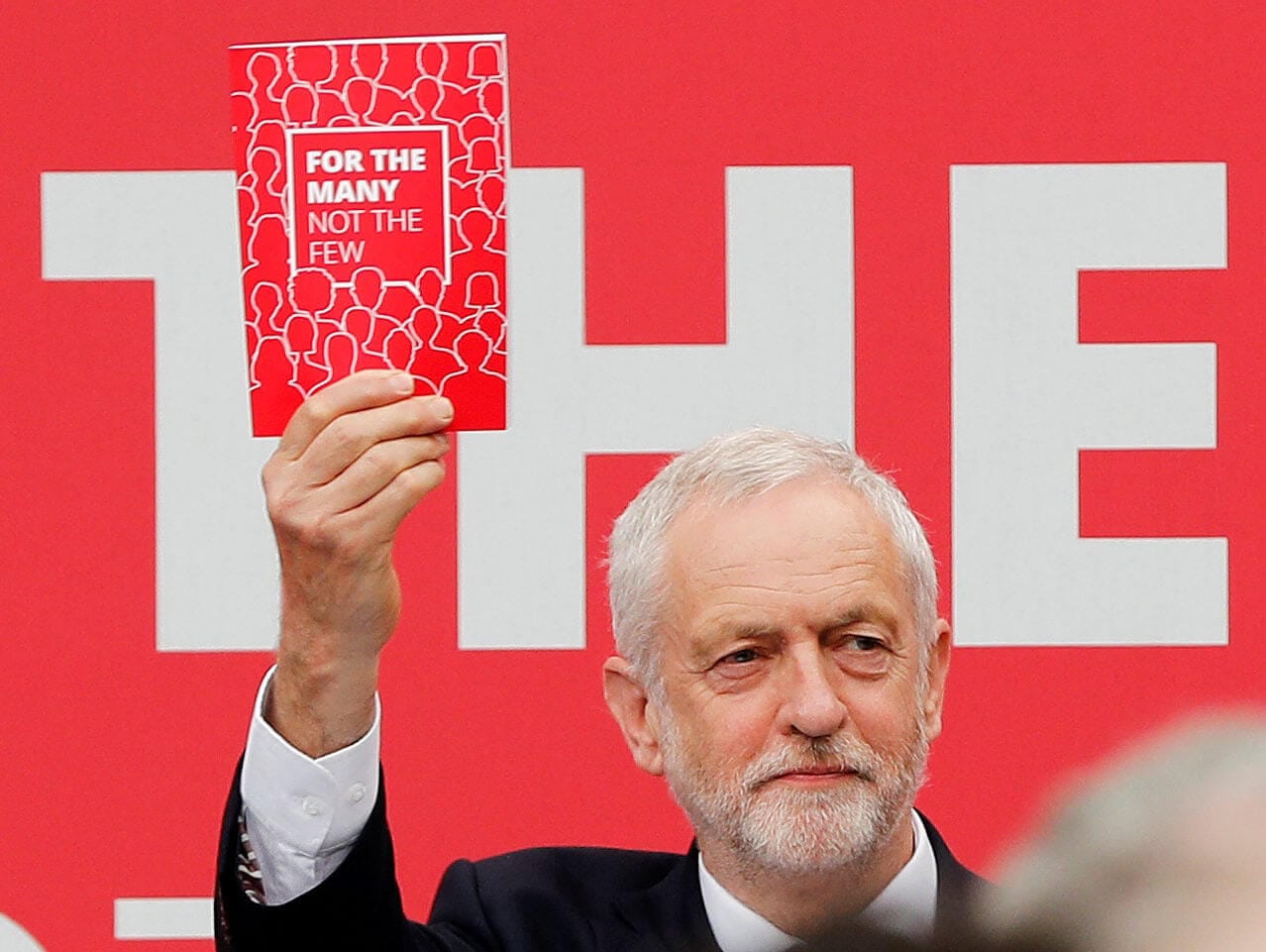 Labour devotes a page of their manifesto to freelancers and the self-employed (pg 53), where it focuses mainly on the rights and protections afforded to this community. “There is also mounting evidence that workers are being forced into self-employment by unscrupulous employers to avoid costs and their duties to workers,” they say, promising also to, “clamp down on bogus self-employment.”

“Shift the burden of proof, so that the law assumes a worker is an employee unless the employer can prove otherwise.”

“Impose punitive fines on employers not meeting their responsibilities, helping to deter others from doing the same.”

“Involve trade unions in enforcement, e.g. by giving them a seat on the executive board of the new Ministry of Labour.”

“Give the Ministry of Labour the resources to enforce all workers’ rights.”

“Give employment agencies and end-users joint responsibility for ensuring that the rights of agency workers are enforced.”

“Roll out sectoral collective bargaining and strengthening trade union rights, because empowering people to claim their own rights in the workplace is the most effective means of enforcement.”

Labour’s manifesto appears to recognise that the way in which people work in the 21st century is changing rapidly, so they intend to, “set up a dedicated commission to modernise the law around employment status,” explaining that, “new statutory definitions of employment status would reduce the need for litigation and improve compliance.”

While no direct mention is given to pensions for the self-employed, they do pledge to, “extend the rights of employees to all workers, including shared parental pay, making a substantial and immediate difference to the quality of life of people in insecure work.”

On tax, they are most concerned with so-called umbrella companies, stating their intention to, “ban payroll companies… which create a false structure to limit employers’ tax liabilities and limit workers’ rights.”

Unsurprisingly, as part of their overall approach to tax, Labour intend to raise corporation tax for large companies “a little” (pg 9), while “protecting small businesses by reintroducing the lower small profits rate of corporation tax. We will also exclude small businesses from costly plans to introduce quarterly reporting and take action on late payments.” 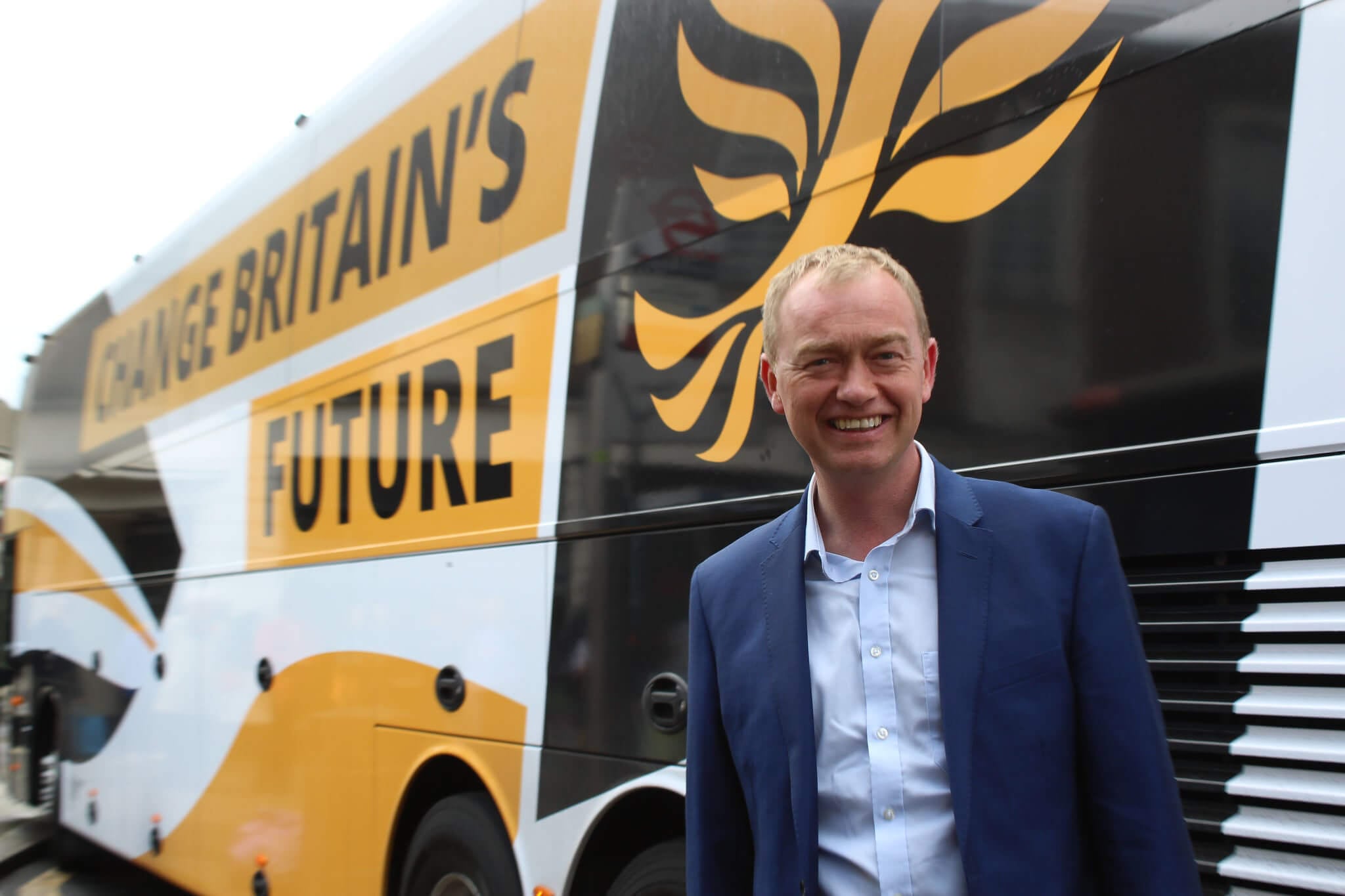 The Liberal Democrat manifesto makes a single use of the term “self-employment” (pg 29), when it pledges to, “improve the quality of vocational education, including skills for entrepreneurship and self-employment, and improve careers advice in schools and colleges.” However, the key word here is ‘entrepreneurship’ – the Lib Dems are going large on entrepreneurialism.

On pg 40 you’ll find a raft of pledges calling for better use of funding for entrepreneurs and small businesses, including the intention to:

“Expand the activities of the state-owned British Business Bank, enabling it to perform a more central role in the economy by tackling the shortage of equity capital for growing firms and providing long-term capital for medium- sized businesses.”

“Create a new ‘start-up allowance’ to help those starting a new business with their living costs in the crucial first weeks of their business.”

“Support fast-growing businesses seeking to scale up, through the provision of mentoring support.”

“Support growth in the creative industries, including video gaming, by continuing to support the Creative Industries Council.” (Pg 41)

Furthermore (back on pg 40), they intend to, “review business rates to reduce burdens on small firms, and make them the priority for any future business tax cuts.”

Overall, their stance on corporation tax is to cut it 20% to 17%, while reforming the system, “to develop a system that benefits the smallest companies while ensuring the biggest multinationals cannot avoid paying sums comparable to nationally based competitors.” (Pg 39-40).

The Green Party’s manifesto is known as The Green Guarantee. While it is not apparently available in PDF form, the website has a section on ‘A Green Economy‘ that makes mention of freelance and self-employed workers.

The Green Party manifesto pledges to:

“Take steps towards the introduction of a universal basic income, including a government sponsored pilot scheme, as a means to increase security and avoid the poverty trap.” A universal basic income could, in theory, allow freelancers and the self-employed a level of support that would aid them in setting up their own business.

“Support and promote small businesses, co-operatives and mutuals, and the roll out of high speed broadband.”

“Support start-ups and creative enterprises through community credit and green investment, to provide opportunities for young people to be creative and innovative.”

While no direct mention is made of pension or tax schemes for freelancers or the self-employed, the Green Party are proposing to, “ensure that everyone pays their fair share of tax and there is a crackdown on tax dodging”, “reform taxation to include a wealth tax on the top 1% of earners, investing in more staff at HMRC so they can work more effectively, and reinstate the higher level of corporation tax for large businesses”, and introduce a “Robin Hood tax on high value transactions in the finance sector, and inheritance taxed according to the wealth of the recipient.” 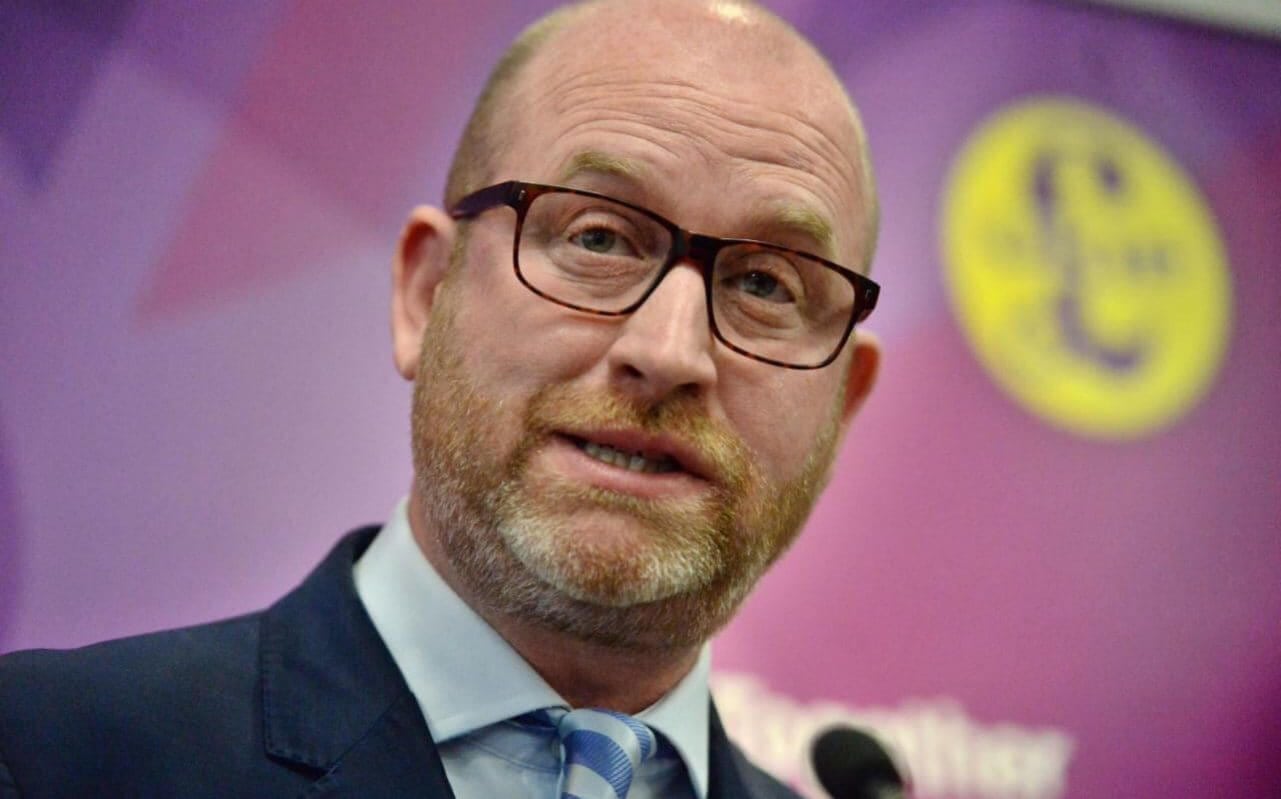 The UKIP Manifesto focuses on the self-employed community on pages 13, 14 and 26, unsurprisingly spending a good deal of time looking at how freelancers and entrepreneurs will be served once Brexit is complete. (An interesting point: this is the only manifesto to reference the self-employed and their rights beyond Brexit directly.)

On pg 26, the UKIP manifesto looks at the American system of entrepreneurial education, “where it is seen to benefit students from all socio-economic backgrounds by nurturing unconventional skills and talents and encouraging them to ‘think outside the box.’” The party pledges to follow similar steps, introducing, “practical information about setting up your own business into the syllabus.”

“Being self-employed is a sound career choice if you have a skill or idea others want to buy,” they add, “and developing the skill to think creatively and ambitiously can only help in life and the workplace.”

On Brexit (pg 14), they state that the situation offers, “the perfect opportunity to open up government order books to smaller businesses, and encourage local, regional and national procurement strategies that will deliver better value for taxpayers.

UKIP will launch an urgent independent review of public sector procurement, with the aim of opening public sector contracts up to small and medium-sized businesses employing less than 250 people. Recommendations coming out of this review will be put in place immediately after we leave the EU.”

UKIP takes up the entrepreneurial theme again on pg 14, saying that, “It takes courage and determination to set up your own business. Many self-employed people work for less than the national living wage, especially when they start out. UKIP will stand up for Britain’s 4.8 million self-employed people.

There will be no quarterly tax returns, and no increase in Class IV National Insurance or taxes for our self-employed strivers. UKIP’s goal is to keep taxes and red-tape to the minimum necessary.”

On the subject of corporation tax, the manifesto states that, “We will not let large companies get away with paying zero or negligible corporation tax. When we leave the EU, we will close the loophole allowing businesses to pay tax in whichever EU or associated country they choose, and bring in any further measures necessary to prevent large multinational corporations using aggressive tax avoidance schemes.”

« Who says accountants are dull?
The freelance life: what stresses you? »